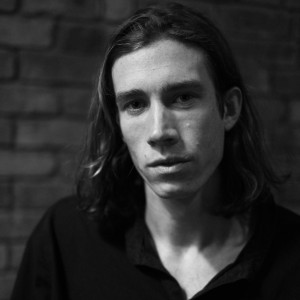 This post also has an audio version. Check it out:

Are you considering starting a podcast or needing to record dialogue for YouTube? Perhaps you’re making a meditation audio and want the best quality voice recording but don’t have access to expensive studios and equipment. Read on to learn how to achieve a great-sounding voice recording from home.

When selecting the room you will be recording in, find a place that doesn’t have too much of an echo. Use your best judgment to determine whether the space you are in is echoey, with a lot of sound bouncing around the room, or if the space is “dead.” A “dead” space is a softer, quieter space. Think of a movie theatre or a bedroom with a lot of carpet and soft furniture. A dead room will have a lot less sound bouncing around, which will often make a clearer recording.

A room with a lot of hard surfaces and bare walls is not what we want! In a lively space, the sound of your voice will bounce around the room and then go into the microphone, which results in the mic picking up both the direct sound of your voice and also its echo. This will create a muffled, undesirable sound that lacks clarity and definition when the two sources mix together.

Choosing the right room to record in is so important. If you have the luxury of multiple rooms to choose from, try going from space to space and clap to get a sense of how lively or dead that space is. The more objects within a room, such as hanging clothes, couches, or even mattresses, the more likely it is to be better for recording. If you are serious about improving a room for recording purposes, consider investing in sound treatment before anything else.

One sometimes handy tip is to record more towards the center of the room. This will help keep your voice from bouncing off of the walls and back into the microphone.

Some people choose to DIY a sound booth. Once, a client who was recording meditations created a sound booth underneath a table with pillows and blankets and all sorts of things. The goal with a DIY sound booth is to create a space with soft surfaces surrounding the mic. For my client, it resulted in a clear, direct recording, which is what we’re going for.

Another thing you can try is recording within or facing a closet full of clothes, to help muffle the sound reflections.

Make sure that you’re practicing good microphone technique, which basically means making sure that you’re at an appropriate distance from the mic – about six inches is a good starting point. If you get too close to the mic, you run the risk of overloading it and making your audio sound crap and distorted.

Recording too far away from the mic will allow the mic to pick up some of the background noises within the room, which again lessens the quality of your recording. The ideal distance away from the mic is about six inches, so just be sure to be aware of where the mic is positioned.

If you’re in the market for a microphone, here’s what you need to know. There are two different types of mics, generally speaking: a condenser, and a dynamic mic. Condensers are more sensitive, and you will want to avoid them if you have a less than ideal recording environment. Dynamic mics aren’t as sensitive, which makes recording at home a bit easier, as they pick up less of the surrounding noises of your living environment. Condenser microphones can be more difficult to control, which is why I would recommend a dynamic mic for those of you who are just starting out.

One final tip is about gain levels. Many people make the mistake of recording too loudly, which makes the recording sound clipped, like the higher tones have been chopped off. Make sure that your gain knob or the input knob isn’t set too high, as this will end up distorting the sound. The gain knob may be physical, or it may be digital, depending on your microphone or audio interface.

Those are the fundamentals of creating a decent voice recording from the comfort of your home. It may take some trial and error to find the best setup, but make sure to listen back to your recordings, make adjustments as needed, and try again.

Once you have a decent recording, you can begin to learn how to edit your audio. From there, you would get into audio processing, noise reduction, audio plugins, compression, and EQ.